In Suzhou, the night belongs to cultural heritage

The city of Suzhou in eastern China is famous for its canals, bridges and classical gardens. Today it uses digital technology to leverage its rich cultural heritage and boost its economy. Since the launch of the “Gusu 20h30” initiative, visitors have been flocking to the site – not just during the daytime but also at night.
Nighttime view of the city of Suzhou.
© Robert SHG / Shutterstock
June 28, 2022

Wang Qin
Professor at the School of Sociology at Soochow University, Wang Qin’s research focuses on history and the development and use of information resources.

Customers served by busy vendors in traditional Chinese clothing; tourists immersing themselves in a myriad of products – the scene from the evening fair on Canglangting Street in the UNESCO Creative City of Suzhou is reminiscent of ancient Chinese paintings.

Located in Jiangsu Province, Suzhou possesses a rich architectural and artistic heritage that makes it an important tourist destination. The city is home to six UNESCO Intangible Cultural Heritage elements and two UNESCO World Heritage sites, including the classical gardens of Suzhou where the Canglang Pavilion is located. Inside the Pavilion, a live performance immerses spectators in the drama and delights of Shen Fu and Madame Yun, characters in Chinese writer Shen Fu’s 200-year-old autobiography, Six Records of a Floating Life. The couple dressed in embroidered costumes of Suzhou silk strolls through the garden. Visitors get to follow them as they make tea, enjoy the moon, burn incense, arrange flowers, compose poems, listen to music and sing melodies.

So far, the immersive adaption of the classic work has proved a great success: it has been performed around two hundred times and attracted 25,000 viewers in less than two years since 2018, setting a national record for newly-adapted opera performances.

The “Gusu 8:30 p.m.” initiative encourages the reinterpretation of the city's rich cultural heritage to attract visitors

Six Records of a Floating Life incorporates elements from Kun Qu Opera – a form of Chinese opera characterized by combination of song and recital and by a complex system of choreographic techniques, acrobatics and symbolic gestures – with the classical gardens of Suzhou and the city’s ancient waterfront towns, such as Zhouzhuang and Tongli. The performance provides a good example of the city's “Gusu 8:30 p.m.” initiative.

This initiative was launched by the Gusu District of Suzhou in December 2019 to encourage the reinterpretation of the city's rich cultural heritage, and to attract visitors through shows, tours, food, shopping, and so on. The aim is to boost Suzhou’s nighttime economy and cultural and creative industries by extending the reach of cultural consumption and diversifying the offer, and subsequently, to create more jobs. Various stages of the cultural production chain are supported, including design, manufacturing, transportation, marketing and management.

The “Gusu 8:30 p.m.” initiative incorporates the rich cultural heritage into new, creative and often digital formats. Take, for instance, the “Neo Suzhou’s Golden Age” night tour program, an interactive experience where pedestrian streets are brought to life by real-time interaction, holograms and lighting effects. Visitors get an insight into local culture and can find routes that combine food, accommodation, travel and entertainment.

Some 180,000 visitors attended the first performance night in April 2020, a success that helped to shore up the economy in the aftermath of the Covid-19 outbreak.

The nighttime tourism program reproduces the prosperity of Suzhou as depicted in Suzhou’s Golden Age, a famous genre painting from 1759. This first-grade cultural relic in China depicts street stores selling silk, musical instruments, tea and porcelain. Its ancient walls, rivers, streets and alleys still exist in Suzhou today, and they have become important cultural heritages of the city.

Dive into the heart of intangible cultural heritage

Efforts to showcase the city’s cultural heritage are not only limited to its streets, they have moved into the digital realm as well.

For example, when browsing the channel of “Feiyiban” on the video-focused social networking service Douyin, viewers will find themselves absorbed in vivid demonstrations of cultural heritage as they discover the work of artisans who showcase the stitches of Suzhou embroidery and elaborate on the techniques involved. When playing the popular online game, Honor of Kings, players will see stitches distinctive to Suzhou embroidery incorporated into the character designs. Similarly, when stepping into the digital experience hall of the Suzhou Museum, visitors have the possibility to encounter the Twenty-Four Solar Terms – the traditional Chinese lunar calendar created by farmers, listed as UNESCO Intangible Cultural Heritage – with all their senses.

Examples such as these illustrate how a rich cultural heritage – and related economy – can be revitalized through out-of-the-box creativity and use of digital innovation. This concept has proven fruitful in Suzhou, whose nighttime economy has been greatly boosted. Over 11,000 companies were part of the nighttime activities by last September. In 2021, Suzhou’s per capita spending on education, culture and entertainment climbed by 32.7 per cent compared to the previous year. 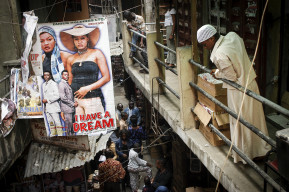 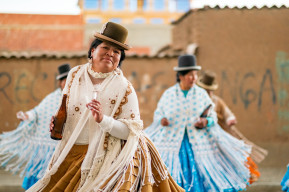 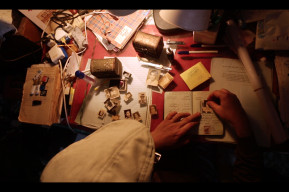 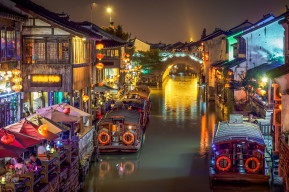 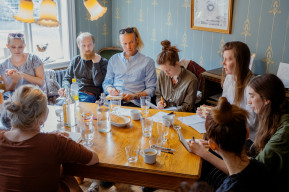 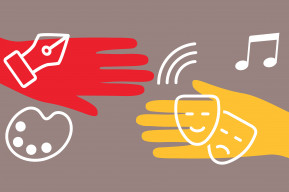 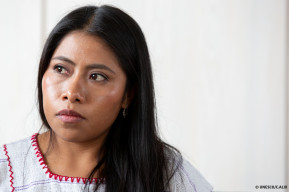