Coral reefs: A chronicle of a fragile world

It’s one of the biggest coral reefs in the world, unfolding its flowers and lace over a nearly three-kilometre long stretch, and one of the deepest too. This underwater treasure has for long been known to local fishermen, but its extent was unsuspected. Following a diving expedition conducted with support from UNESCO in 2021, the French explorer and photographer Alexis Rosenfeld provides us with exceptional images of this landscape.

In contrast to many other coral reefs, this particular one has escaped bleaching, the scourge that is devouring the majority of reefs. Almost half of coral ecosystems have disappeared since the 1870s because of climate change, overfishing and pollution. Of those that have survived, a third are threatened with extinction.

It’s only an estimate, since just 20 per cent of the seabed has been mapped to date. This is why UNESCO has pledged to map at least 80 per cent of the ocean floor by 2030. The deepening of our knowledge of the seabed may one day reveal the existence of other ecosystems, capable of adapting to rising ocean temperatures. 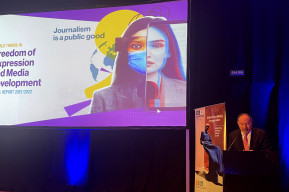 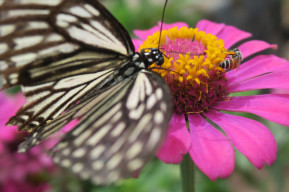 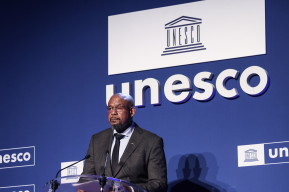 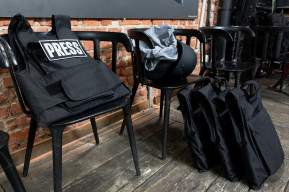 Story
UNESCO support to journalists in Ukraine making impact on the ground
May 3, 2022
top